Bosses from some of the South East’s leading transport and trade organisations have called on the Chancellor to make a ruling on the Lower Thames Crossing as a matter of urgency.

In a letter to George Osborne, 12 chief executives, chairmen and directors have urged the Government to “set a firm timetable and financial package” in Whitehall’s forthcoming Autumn Statement.

The consortium – representing port, airport and rail specialists, transport associations, chambers of commerce, logistics experts and an enterprise partnership – says the new crossing is “more than just a new bridge or tunnel”.

“It’s transformational,” the letter says. “But, at the moment, it’s still a vague outline on a map.

“There’s no commitment to funding or delivery – which we need to see to progress our plans for further long-term investment in the area.”

The signatories believe a Lower Thames Crossing would lead to new jobs, skills apprenticeships and increased productivity, reinvigorating development in the region.

And, while they concede the current Dartford Crossing “is a crucial transport artery”, they say it’s already over capacity and “a major bottleneck”.

“When there’s a problem,” says the letter, “traffic either sits there for hours or our goods and services have to fight their way through central London or worse, travel 100 miles around the M25 to bypass the 750m crossing.”

Tim Waggott, chief executive at the Port of Dover, is among those who signed the letter. He said: “Imports and exports through ports like Dover aren’t just a lifeline for trade and industry in the South – they’re crucial to the powerhouses of the Midlands and the North. That’s why UK PLC desperately needs a new crossing to keep us all connected.

“With the Dartford Crossing operating above its design capacity, this new infrastructure is required for our transport networks and key freight corridors to remain free flowing and, above all, resilient.

“The country has outgrown its old infrastructure – we need to start building for the future. It’s only by getting projects like this going that we’ll ensure the economic recovery keeps Britain moving.” 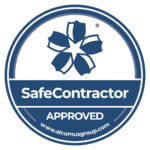